Arkansas criminal attorney David R. Cannon began his legal career at the Law Offices of Hebert Wright, Jr., P.A., where he engaged in the general practice of law. Thereafter, he joined the Law Offices of Gary Green and concentrated his efforts in the areas of personal injury and criminal defense. In 1999, he founded the Cannon Law Firm, which to this day maintains an exclusive focus on representing defendants against criminal charges.

As a criminal defense attorney, David has negotiated numerous plea agreements, tried more than 400 criminal cases and handled more than 20 criminal appeals. His successes at the trial level include the reduction of felony charges into misdemeanor charges in a case involving the stabbing of a Sherwood police officer and the achievement of a hung jury in two trials for a client accused of rape. His appellate victories include a reversal in a drug case involving attorney misconduct and a victory in another case involving Fourth Amendment search and seizure issues.

A founding member of the Arkansas Association of Criminal Defense Lawyers (AACDL), David has distinguished himself by assuming several leadership roles. In 2008 and 2009, he took on the responsibilities associated with board membership for the organization. In 2010, he served as president elect and in 2011 he was elected president. David is also a life member of the National Association of Criminal Defense Attorneys. 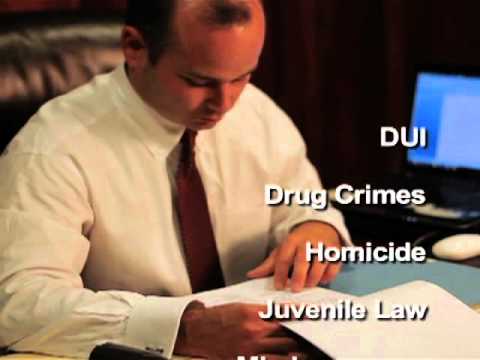 The Cannon Law Firm - Arkansas Criminal Defense Attorneys David believes that his role as a lawyer is to vigorously defend your interests against the prosecution's interest in securing a conviction. The presumption of innocence requires that the prosecution produce evidence of guilt beyond a reasonable doubt.